At the design of this new address, Saguez & Partners who signed the decor of Drinks&Co. Half-cellar, half-bar, half-masterclass, half-store too, the place designed during Covid-19 is inspired by "desires from elsewhere"...

Under the ceiling, a veritable canopy of deciduous trees, we set off to discover its clearings and bushes. In the oversized foliage, the ingredients making up most of the drinks offered in the place are hidden: anise, fennel, wood, liquorice, wheat, barley, rye, lime or lemon, apple, orange, coconut, cinnamon, grapes of course , ginger, agave and juniper.

Plants and fruits that invite us to become explorers of the world and its flavors. Its wide and thick sheets seem to descend from the ceiling, to create movement, but it is above all a noise trap, an acoustic barrier made up of three layers 10 cm thick. Like any canopy, it is not uniform.

On 450 m2, its heights or rather its ridge varies according to the rooms. At the end of the course, it flowers and takes on color to become a MasterClass space. The floor of this forest is necessarily made of wood, solid oak with wide slats reminiscent of the oak barrels in which the wine ages naturally. Like wood, copper was already used by the Greeks in distillation for its anti-infective and anti-bacterial properties.

Very present in bar-libraries, in furniture inspired by travel trunks and in all fittings, it creates reflections and winks at the world of the distillery. Two large bars of nearly 15 meters structure the meetings and exchanges between the public and the masters of ceremonies, the bartenders. The large library, which runs from room to room, is staged by LED lighting under the bottles and by sets of mirrors.

In the evening, curtains fall, by a tulle effect, to create an impression of fog and evening mist. The trunks, real counters in this pier of the world from elsewhere, are also closed. The store is closed, music! The bars are open. 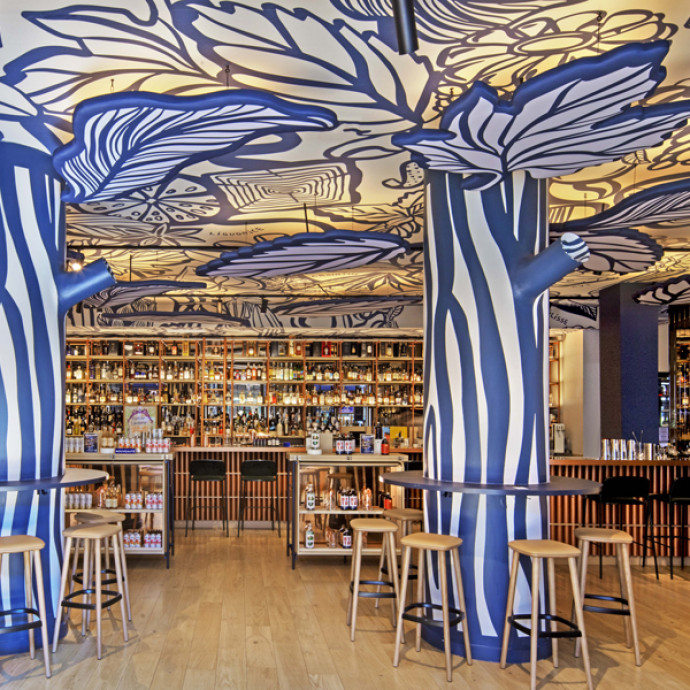 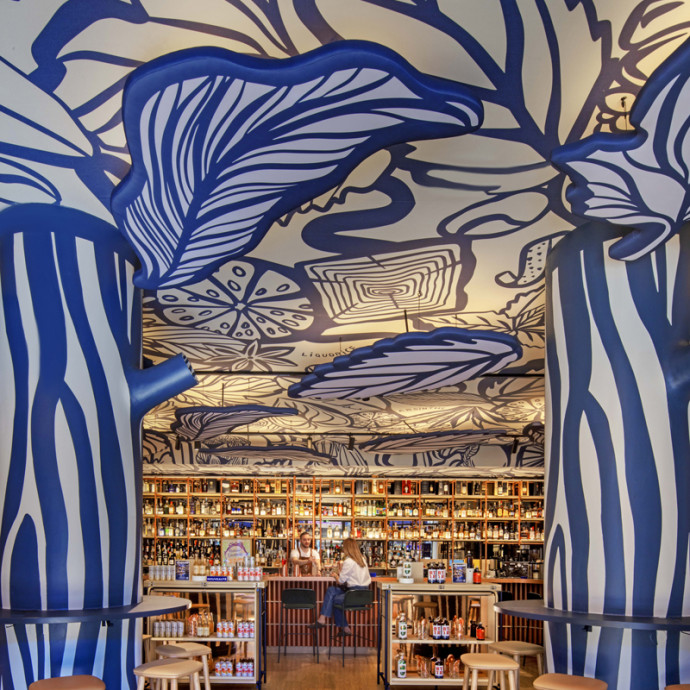 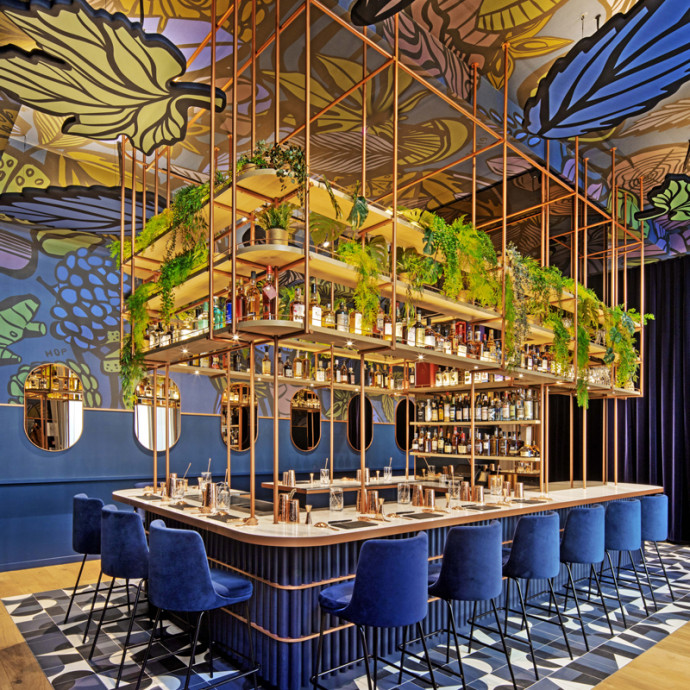 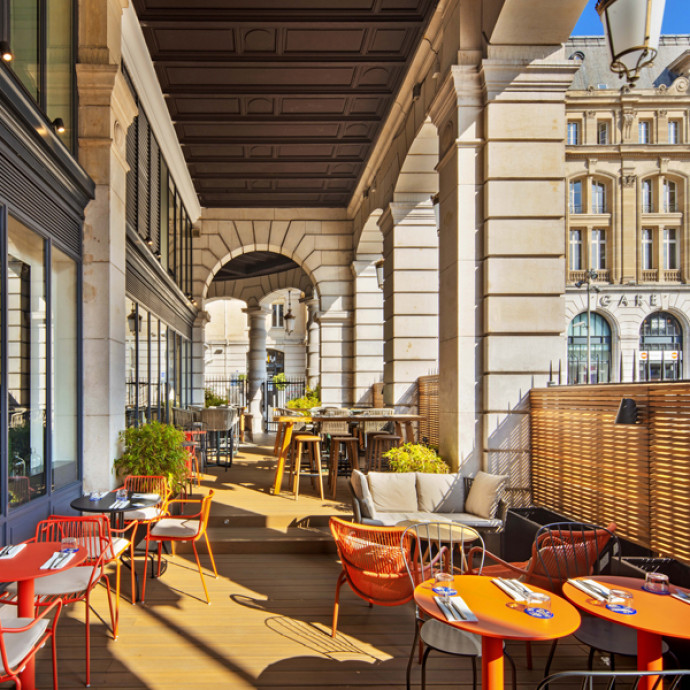 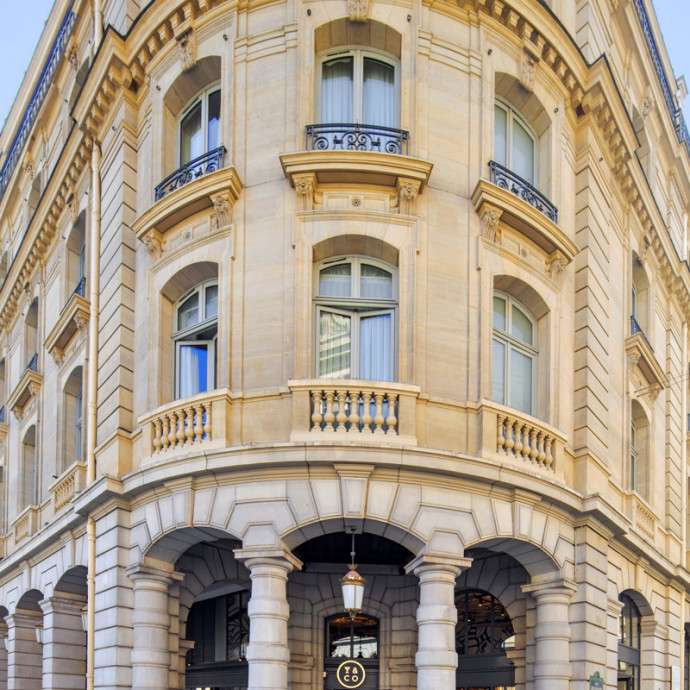