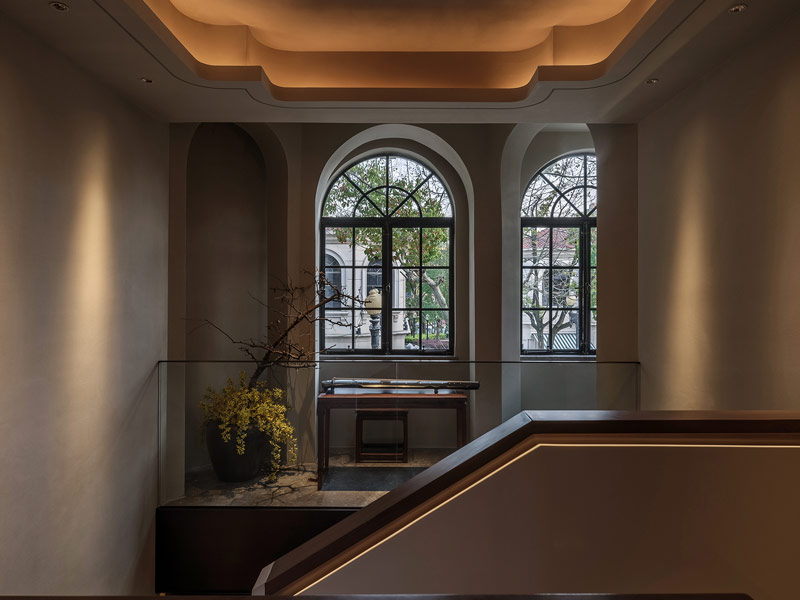 The first architectural challenge here consisted in reorganizing the layout of an old private building to make it a high place of gastronomy.

On the ground floor, more than a simple reception area, the entrance hall offers a tea room, emblematic of the “politics” of hospitality in traditional Chinese culture. Upstairs, the sound of the Chinese zither rocks the atmosphere, pairing perfectly with the scent of tea.

In terms of colours, the designer has chosen to dress the premises in typical Chinese colours. He also thought of the lighting so as to create a play of light and shadow on the ceilings and walls.

The rocky atmosphere and the flowering branches form decorations in their own way.

Aesthetics is perceived here as an emotional pleasure without any utilitarianism. Besides fun, Kenna Design adds a sense of freedom and elegance to the space.

A beautiful design imbued with tradition and modernity. 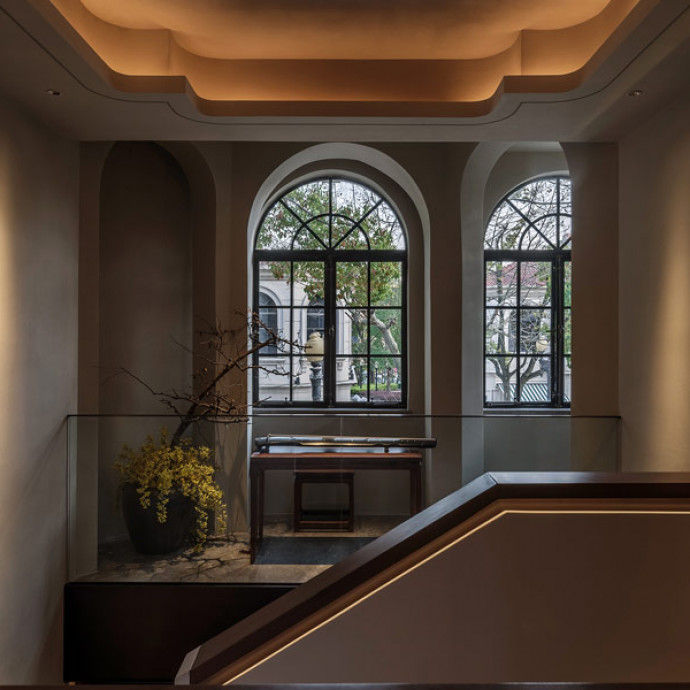 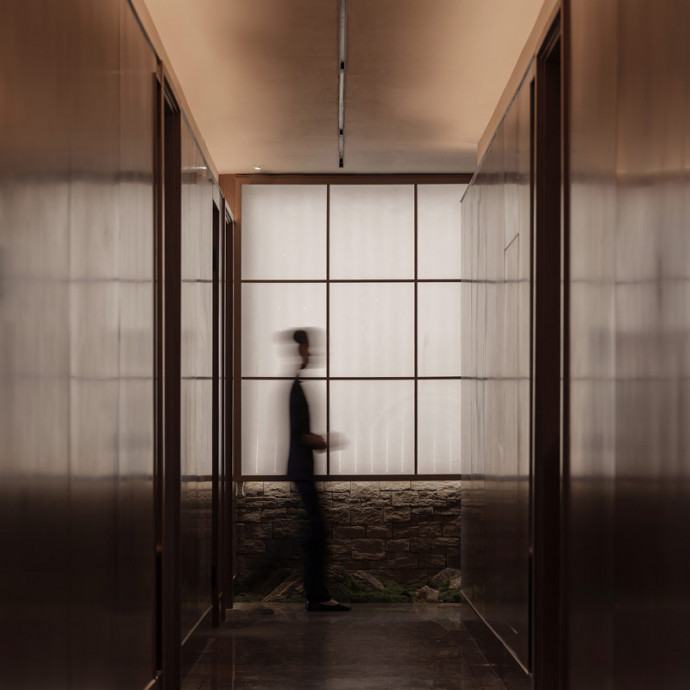 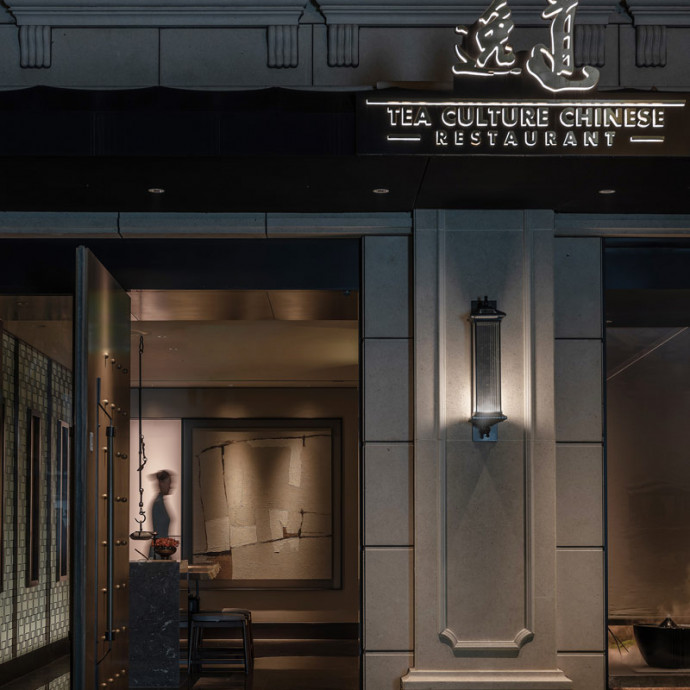 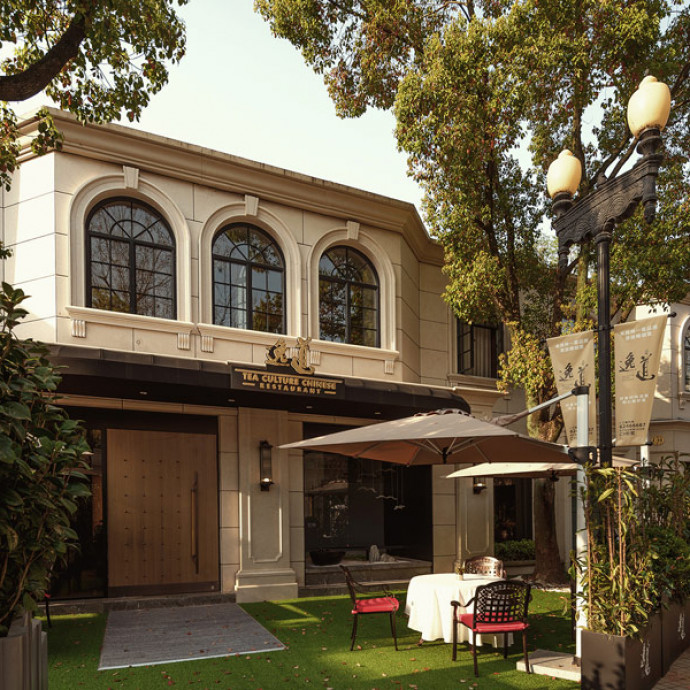 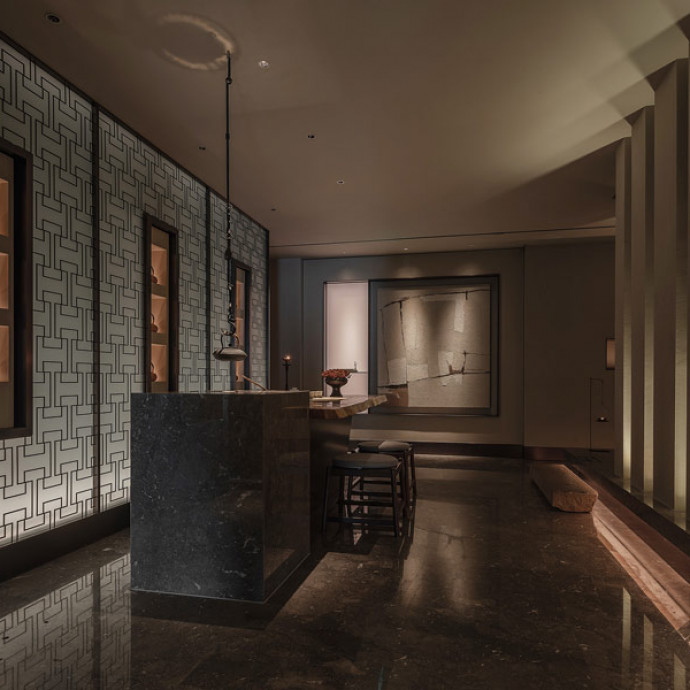 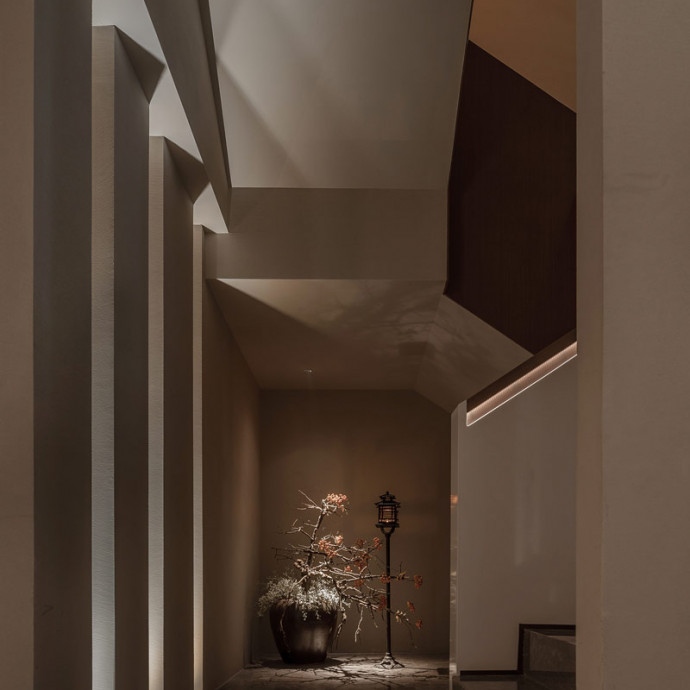 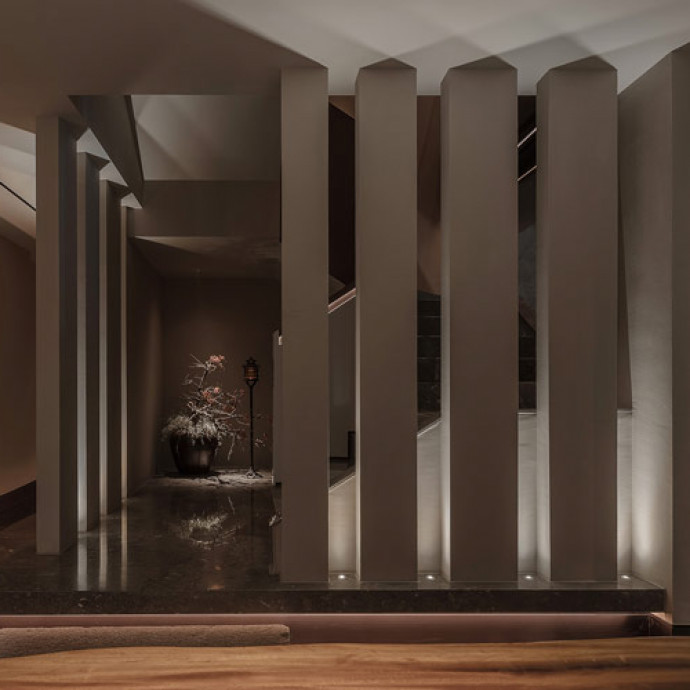 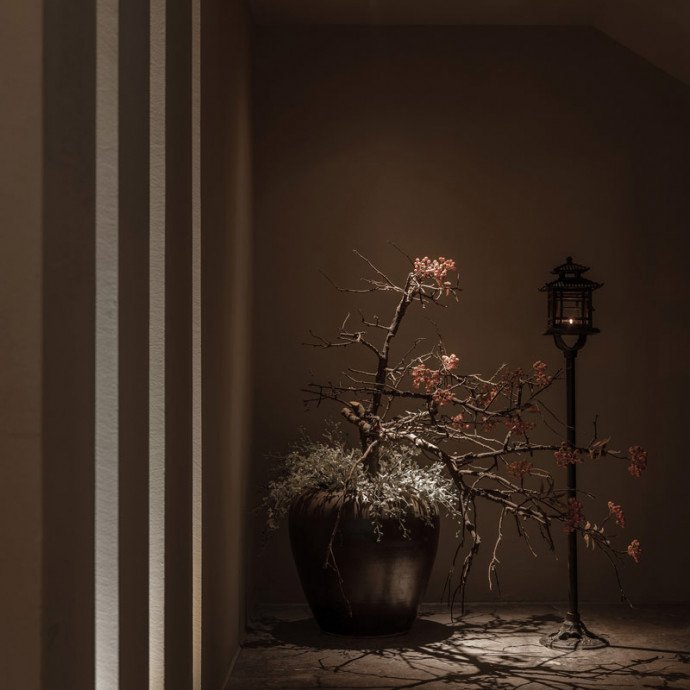 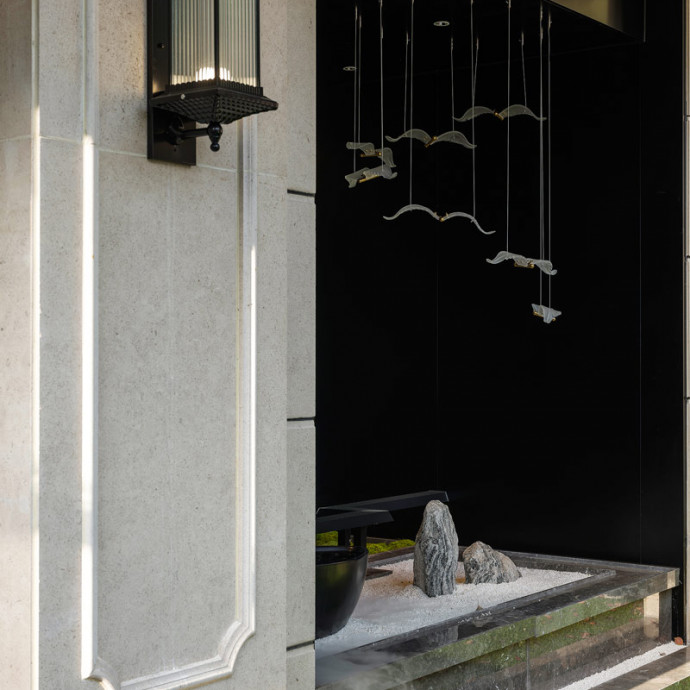 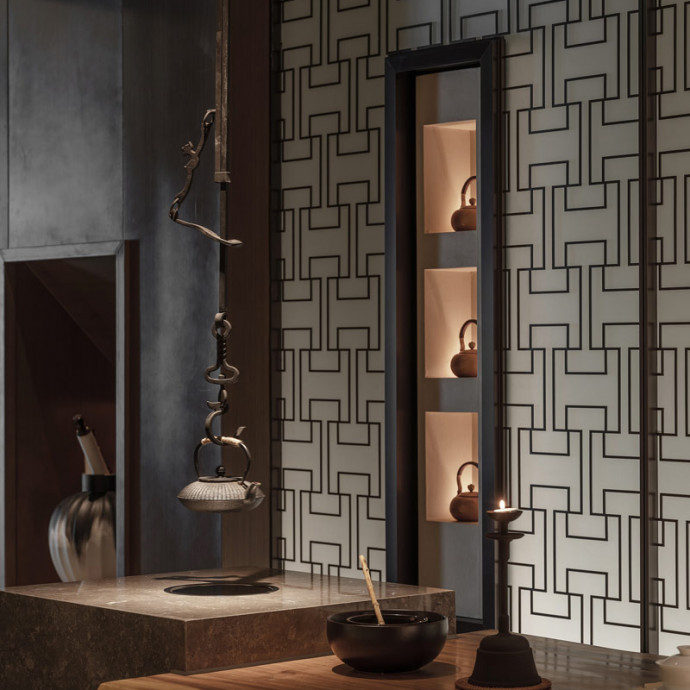 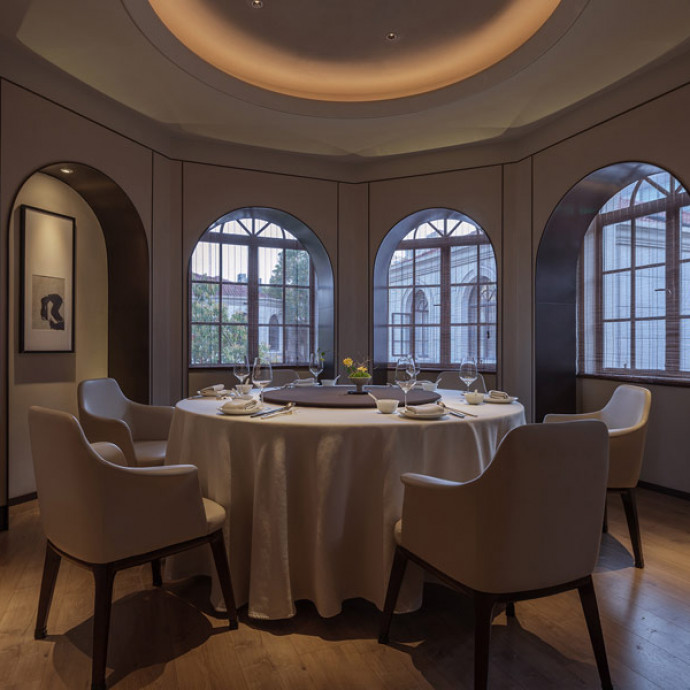 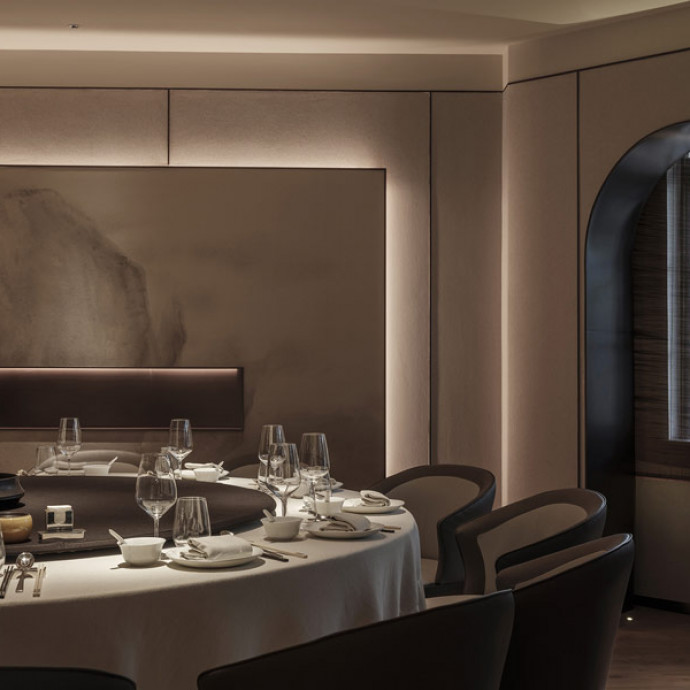