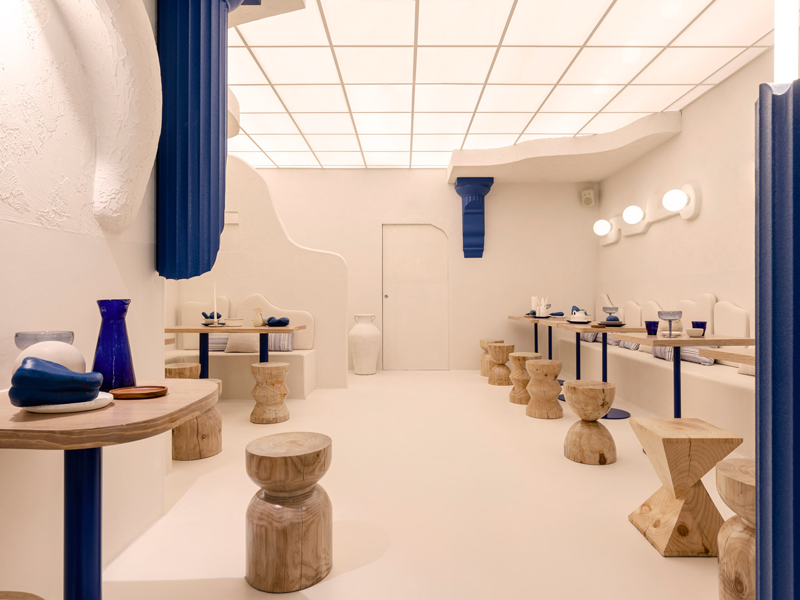 The design started when Thanasis and Ana contacted Masquespacio to create their first Egeo in Valencia. Already having two restaurants in Madrid, the souvlaki chain (Greek meat and vegetable skewers) was looking for an interior design studio capable of giving continuity to its already existing identity.

The biggest challenge of this design? The restaurant's owners wanted a subtle change, but not a radical shake-up for their first space in Valencia.

Initially, the designers kept the white and blue color palette of Egeo, while approaching the Greek style: appealing to the beauty of the cemented materials so typical of ancient Greek houses. They thus tried to materialize Greece in space, beyond the usual palette.

The walls incorporate volumes with organic shapes while a series of Greek columns have been painted blue in order to modernize this traditional element of local architecture.

For the recreation of these columns in their modern version, the designers bet on shades of blue, produced with a 3D printer. In addition, led tubes have been added to the structure.

In March 2022, the restaurant reopened its doors, to the delight of customers who were then able to discover a decoration combining technology and tradition. 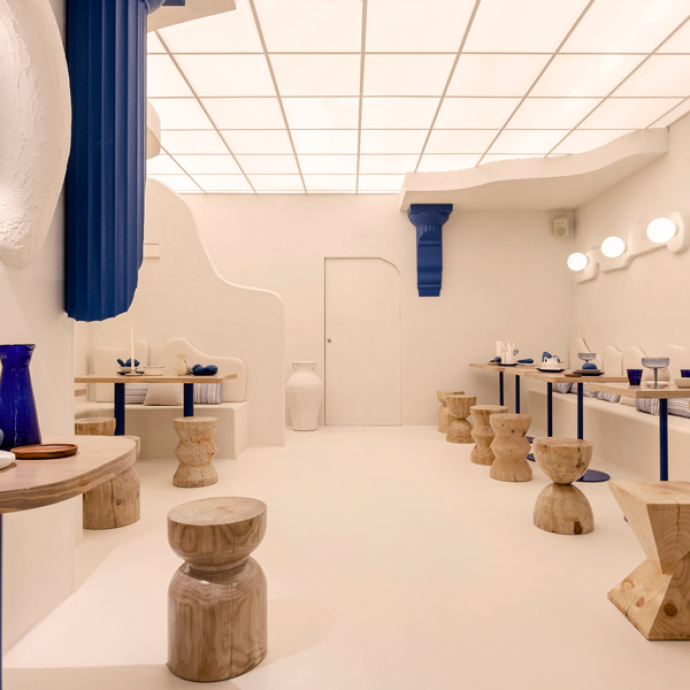