Within the ADC AwardsWe invite you to find every day competing projects in each category.

In the category shopping centers, leisure parks, 7 projects are involved: the Koezio leisure park in Lieusaint by D'Houndt + Bajart, the Toison d'Or in Dijon by François Ceria + Brandimage (interior), Les Eleis in Cherbourg by Calq Architecture + Arte Charpentier, Beaugrenelle in Paris by Valode & Pistre + Brandimage (interior), the renovation of the Rennes Alma shopping centers by Saguez & Partners and Italie 2 in Paris by the Outsign agency, and finally of Aéroville in Roissy by Philippe Chiambaretta + Saguez & Partners (interior).

KOEZIO The project stands out in the world of leisure parks, architecture of Entertainment. The building develops 6000 m² of playing surface Indoor. Divided in the manner of a video game, the visitor must cross 5 Worlds success of the collective examinations of action and reflection. The project designer Koezio intelligently combines real and virtual, physical and mental involvement. The work volume and its insertion in the contemporary landscape is to tell a story, to express as much as possible what is happening inside the envelope while maintaining a certain mystery. Building silhouette is the result of the meeting of two volumes: The games Halle gathering the various sporting course, is a volume completely "blind" for a gaming operation in the dark, and the service building, gathering the hall entry, the dining area, bar, seminar rooms, locker rooms. The head of the building housing the entrance is shaped from a concrete "brutalism" that anchors the building within its territory. The nave houses the game plain and air route is dressed Hull MD ARVAL by Arcelor Mittal, a cladding system for the facade covering made of shiny stainless steel black bars.

Brandimage and François Ceria give new life to the mall Golden Fleece in Dijon. This renovation project-extension offers additional 12 000 2 m72 for a total area of ​​000 m² of shops, restaurants and services. The architect François Ceria has used aluminum with TIM COMPOSITES ISOSTA the Group to achieve the expansion of the shopping center, a curvaceous architecture in the spirit of the existing part. Inside the studio Brandimage offers a harmonious design curves and sleek gaming lights with custom furniture that are dotted throughout the course of organic touches. They offer space in zero gravity where a monumental sculpture recalls the colorielle identity of the center. The visual identity is part of the building's architecture by taking the natural side of the center in knowing how to be clear and impactful façade, cozy and warm thanks to bright blocks of entries, or close and generous using signage soils. The curve and the light, the center conductors son are in this new identity and its various applications.

Directed by CALQ Architecture and Arte Charpentier, the shopping center Les Eleis is a new urban place open to the city. This proposed restructuring of the existing shopping center dating back to 70 years responds to a problem of urban and landscape requalification. The architects sought to break away from the constraints of the existing building that no longer met its aesthetic and functional role, bringing forth a "ship" cut to fit harmoniously into the vast landscape of rock and sea that surrounds it. restructuring work and expansion is a play on light, a set of pleats, mesh and reflections. The company WIN, 3ème French company to obtain the qualification 2514 (Bridges and rigid bridges - Exceptional technicality), realized the metal frame of the structure. On this structured framework, the "skin" of the building comes alive with a semi-opaque material consisting of fine aluminum tubes and expanded metal, a background that brings depth in reading facades.

The fruit of a comprehensive reflection on town planning, retail architecture and the environment, the Beaugrenelle Shopping Center covers 60 m000 of cinemas, restaurants, small and medium-sized stores and street shops. Led by the Valode & Pistre agency, the restructuring and expansion of the Beaugrenelle Shopping Center make it the representative of a new generation of downtown shopping and leisure centers. Screen-printed glass, a unique material used on the façade, the fluidity and simplicity of the volumes give a very strong identity to the whole. On either side of the Grenelle Bridge, the two angles of the islets define a gateway to the 2th arrondissement of Paris, a symbolic contribution of the shopping center to the making of the city. The interior design and visual identity of the Center have been entrusted to the Brandimage agency, which signs the layout and organizes it around three islands: B-Panoramic, B-Magnetic and B-City. Brandimage created the common thread, a concept that reveals the personality of the center through its graphic universe, the style and the vocabulary of shapes of the furniture as well as the signage: staging of the Parisian spirit to make Beaugrenelle a destination brand which reconciles commerce and culture.

The Rennes Alma shopping center is getting a makeover through this renovation project of part of the existing building and an extension of 10m². The Saguez & Partners agency was commissioned to create a new visual identity, interior architecture and environmental design. Through large volumes, facade heights and a high quality of comfort, Saguez & Partners has paid particular attention to the centre's natural light by recreating skylights and offering openings to the outside. Four thematic places punctuate the organization of the Center: La Place de l'Arbre, which hosts a tailor-made merry-go-round in lime wood and sheet metal in an atmosphere of clearing. The Place de la Rose des Vents is symbolized by a digital chandelier where magical and urban animations parade. The Place de l'Eau, made up of a high ceiling of two levels, hosts a fountain lined with seats and vegetation as well as a large glass roof. A distinctive sign from the outside, this square becomes a landmark and essential meeting point. The Place des Nuages ​​houses shops with double-height facades in lacquered arches of 600 meters.

To stage the new positioning "Lounge Shopping» Italy 2 the shopping center, Hammerson has entrusted the agency Outsign the new visual identity, interior architecture and design of the center, emphasizing the reaffirmation of its Parisian character. In the mall, an overhaul of the ceilings was made to bring the height and break the sense of oppression that existed before. Bright collars in red tones have been incorporated. The mall has not gained enormously in height, but the brightness is thereby significantly improved, providing visual comfort to the visitor. The floors have been clarified, and flags signs installed for greater readability. On this project, the architects of Outsign sign the mall now clear and clean lines.

The Unibail-Rodamco Group entrusted Philippe Chiambaretta with the design and construction of Aéroville, a major retail and leisure project in the Roissy-Charles de Gaulle airport area. Inspired by the imagination of the airport and travel, the concept developed borrows from the architectural vocabulary of terminals and boarding bridges to form the ramparts of an imaginary city made up of large blocks of varying heights. Adorned with a double skin of metal and glass, the building is adorned with the letters making up the word “AEROVILLE”. The Saguez & Partners agency was responsible for the interior fittings of the space. Particular care has been given to the reception, furniture, rest areas, services offered to visitors, and signage to promote relaxation. We find the same attention paid to the seat coverings, whose leathers and textiles with various patterns dot the mall with colors of exotic destinations. As soon as the visitor arrives, the greening of the Hubs is an invitation to travel through the selection of species typical of each destination.

To vote for these projects, go to the room dedicated to votes Malls, recreational parks.

In a future article, you will discover the selection in the category Residential Interiors. 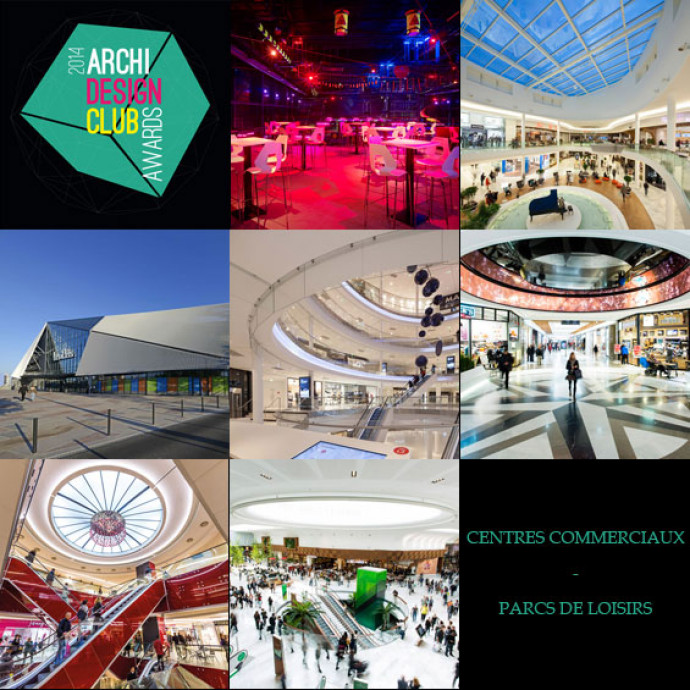 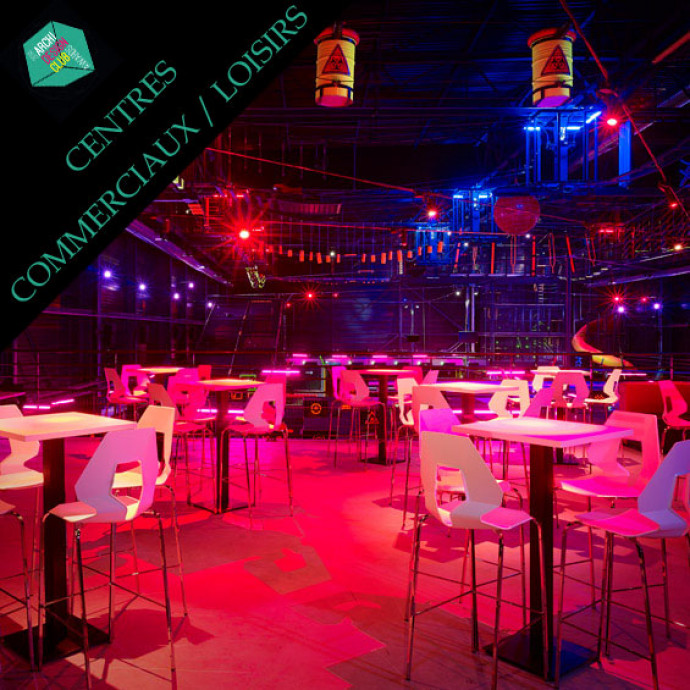 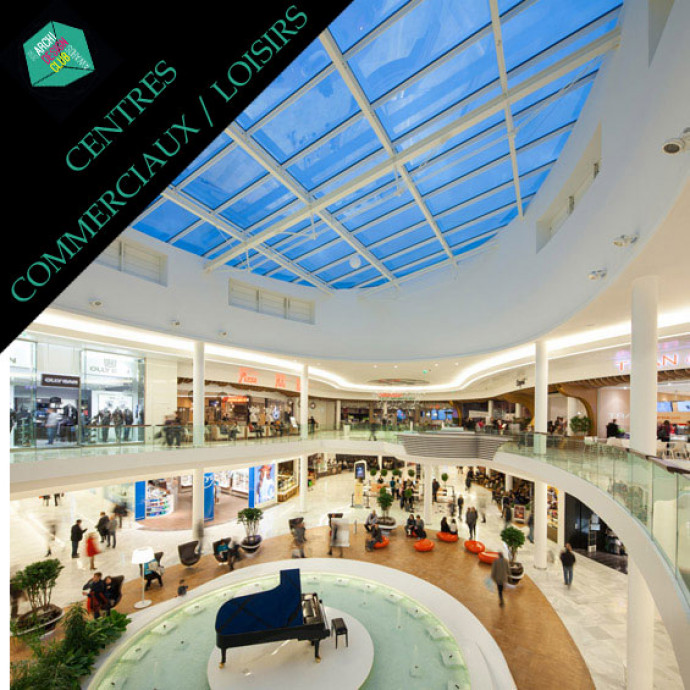 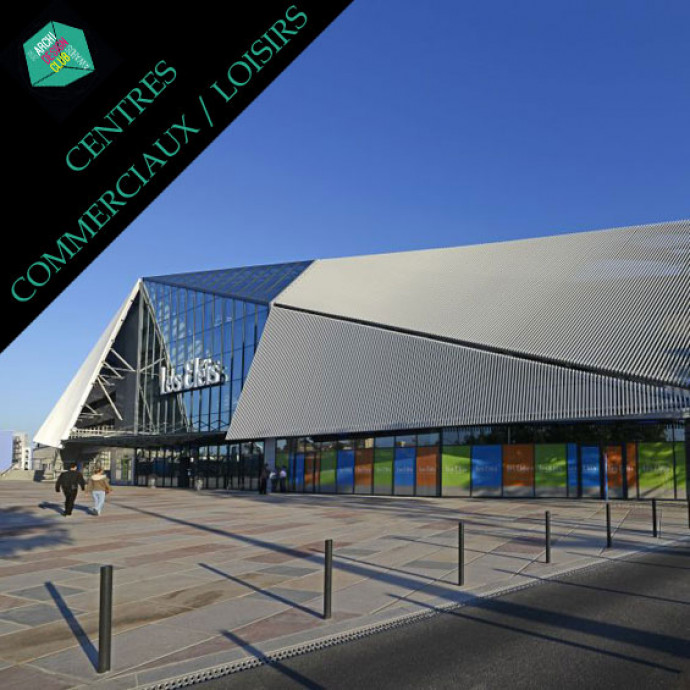 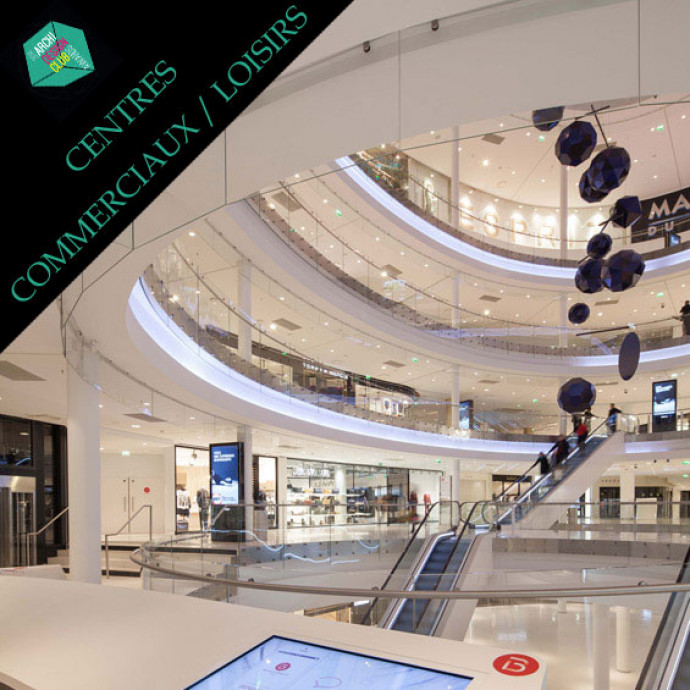 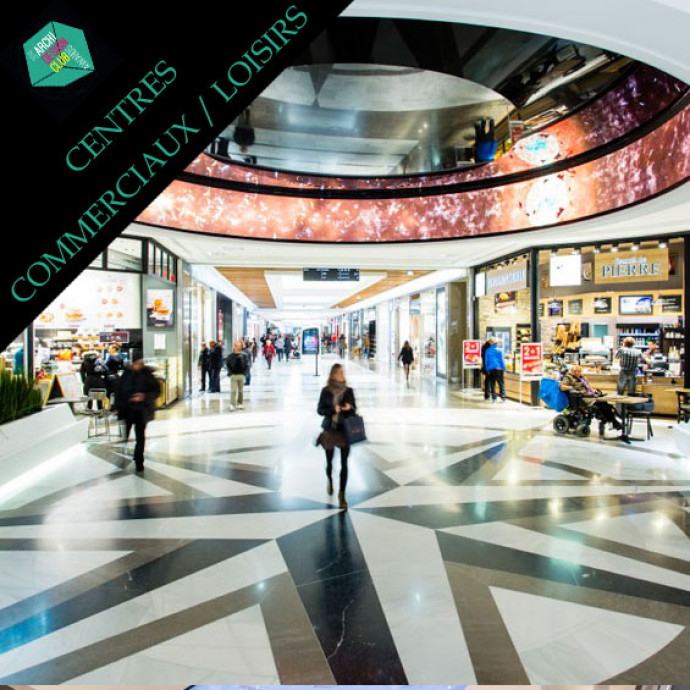 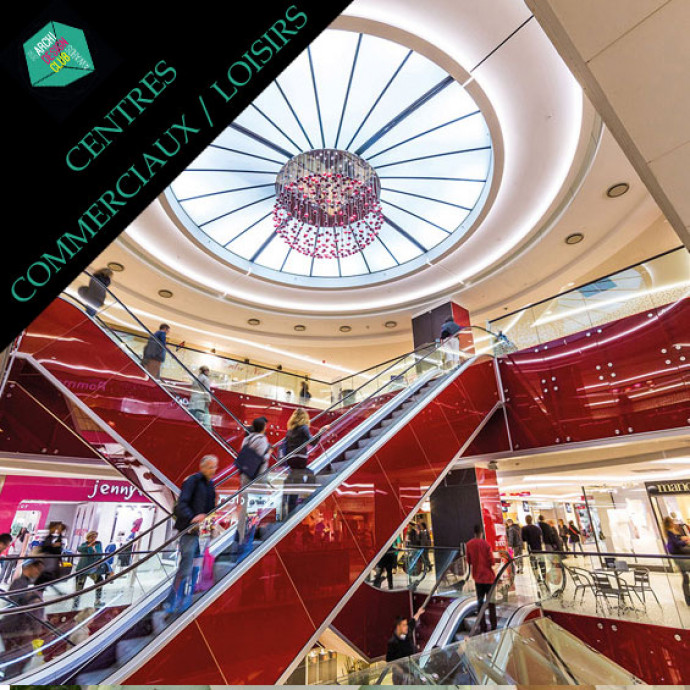 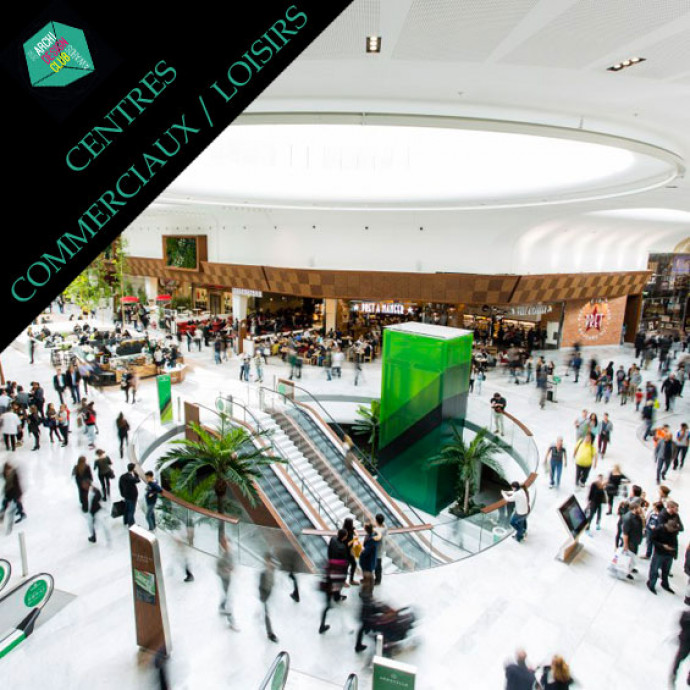