Since its creation in 2016, the Cutwork architecture and design studio has offered flexible and functional solutions adapted to the reality of our contemporary lifestyles. On the occasion of the launch of their social project Cortex Shelter - a prototype of sustainable shelter for refugees -, the editorial staff of Muuuz met the two founders of the start-up: the Franco-Japanese architect Antonin Yuji Maeno and the American entrepreneur Kelsea Crawford.

Muuuz: What is the genesis of Cutwork?
Antonin Yuji Maeno: Cutwork was born from the meeting between three personalities, an architect, an entrepreneur, Kelsea Crawford, and an investor, the graphic designer Robert Nakata. With Kelsea, we founded our studio in 2016 around a reflection on new ways of living - the end of the mononuclear family and the great fragmentation of social ties -, of working - the exponential growth of the self-employed - and of producing - the beginning of the collaborative economy, the rise of advanced technologies and digital manufacturing - because we realized that the world had changed a lot in the past three decades. Since 2016, we have carried out key projects: part of Station F, furniture for coliving Flatmates and shelter for refugees Cortex Shelter. All these projects are based on an analysis of new uses of the city and space caused by the arrival of new technologies. We specialize in the design and layout of spaces for coworking and coliving, because we have observed the profound changes in our society. Thanks to the laptop, the function of the room is no longer pre-established: you can work anywhere, in the living room, the dining room or even the bedroom. The destination of rooms and places is no longer standardized. The challenge for our studio is therefore to make the spaces more flexible.
Kelsea Crawford: Today, we wish to hire in order to enlarge our team of six architects and designers to deal with large-scale projects that fall on us, in particular the first coliving of Russia and the foundation of artist Takesada Matsutani in Paris.

What were your respective paths? How are your profiles complementary?
Antonin Yuji Maeno: I first studied architecture at the École Nationale Supérieure d'Architecture in Paris Belleville, then that of Paris La Villette. Then I went to India for a year to work with the architect Balkrishna Vithaldas Doshi, who received the Pritzker Prize in 2018. When I returned, I followed an entrepreneurial training in the fields of engineering, materials and techniques at the École Nationale Supérieure d'Arts et Métiers to develop my patented foldable metal process. This product was also the starting point of our studio and gave it its name.
Kelsea Crawford: I studied communication and journalism at the University of Georgia (United States), but my entrepreneurial journey began from my earliest childhood. My father always pushed me to undertake. At twenty, I founded my first digital marketing company in Georgia. Then I sold it, before coming to settle in France where I met Antonin. For Cutwork, I mainly deal with communication, marketing, budgets and business plan, while Antonin takes care of the creative part. He is also very good at entrepreneurship and innovation, which is rare.

With your modular furniture made for Flatmates apartments, you referred to the Japanese concept of space. What about the use of these Japanese architectural notions in your work?
Antonin Yuji Maeno: We are constantly inspired by the Japanese concept of space. Our idea is to make spaces more flexible, more flexible, and therefore closer to the way we actually live in cities. The Japanese are masters of compact design and modular interiors.
Kelsea Crawford: In France, a word is used to designate space, while in Japan several terms define it. Notions WA, BA et MA denote space and what is going on there. WA names harmony, the space of concentration, BA means the collaboration space, the place where something is happening, and the notion MA is synonymous with interstice, the space of freedom in which the unexpected can occur. The combination of these three concepts allows us to rethink and reassess our Western conception of space.

Cutwork was born from the invention of your innovative metal bending process. What is its ecological interest?
Antonin Yuji Maeno: Our process allows manufacturing only on demand. Producing architectural elements and pieces of furniture on demand is a concrete response to the context of the current ecological crisis, because this method of production avoids the relocation of production, overproduction and unnecessary storage of unsold goods.
Kelsea Crawford: This technology has the advantage of being very effective. The metal parts are produced using laser cutting machines from digital files. The pieces of furniture can therefore be manufactured near the place where they will be assembled, then installed.

The current political context and the ecological crisis therefore influence your work and your projects. What future for design? To what extent can it be an answer to these problems?
Antonin Yuji Maeno: The current changes justify the existence of Cutwork. At the environmental level, we are aware of the importance of the choice of materials and production methods. This is why we refuse mass production, as well as projects that do not preserve the environment and human dignity. Cutwork has also been referenced by the EIT Climate-KIC among the top thirty CleanTech start-ups in Europe.
Kelsea Crawford: Our approach is political, because we are thinking about how to live in the city, taking into account the environmental crisis and current social issues. Our conception of design and architecture fights against precariousness and isolation. The promise of our coliving lies in the development of modular shared spaces.

With Cortex Shelter, you turn to social architecture. Why this project? Is it also a way of speaking about an extremely current political subject through a concrete device?
Antonin Yuji Maeno: We worked with the company Cortex Composites, which invented and developed rolled concrete, a mobile textile concrete on which it is enough to add water to make agricultural irrigation canals and durable retention walls. Kelsea met its manager at a Hello Tomorrow conference which brings together innovation players. Following this event, Cortex Composites asked us to think about the architectural applications of its product. From this collaboration was born this idea of ​​affordable housing, both easy to manufacture and durable. Made up of a structure of collapsible metal tubes and sections of cement, Cortex Shelter is a housing solution for refugees living in camps.
Kelsea Crawford: The Cortex Shelter can be built by two people in less than a day. Designed to be easily assembled by hand with materials found on site, the construction of the housing requires no technical skills and no equipment. Cortex Shelter improves the living conditions of refugees, offering them a certain stability and greater security. The interest of this new shelter is to take into account the concrete reality of refugee camps, because the current solutions intended to shelter refugees like tents do not offer decent living conditions. Today, the camps are no longer transitory spaces, but are built like cities. Some refugees have lived in the same camp for several decades.

If you had an unlimited budget and zero constraints, what would be your dream project?
Antonin Yuji Maeno: Our dream project could be the conquest of space ... To carry out the first coliving of the future on another planet, the Moon or Mars. I would also like to design a small prefabricated cabin to install on the roofs of existing buildings.
Kelsea Crawford: We would also like to work on large-scale urban projects that have a real long-term social impact. The realization of a coliving intergenerational, where young people and seniors live together, would be a great social advance. 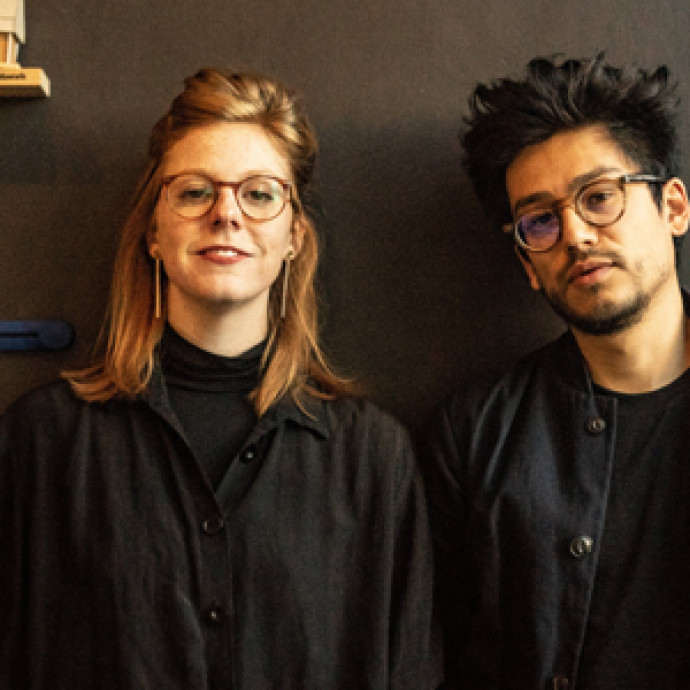 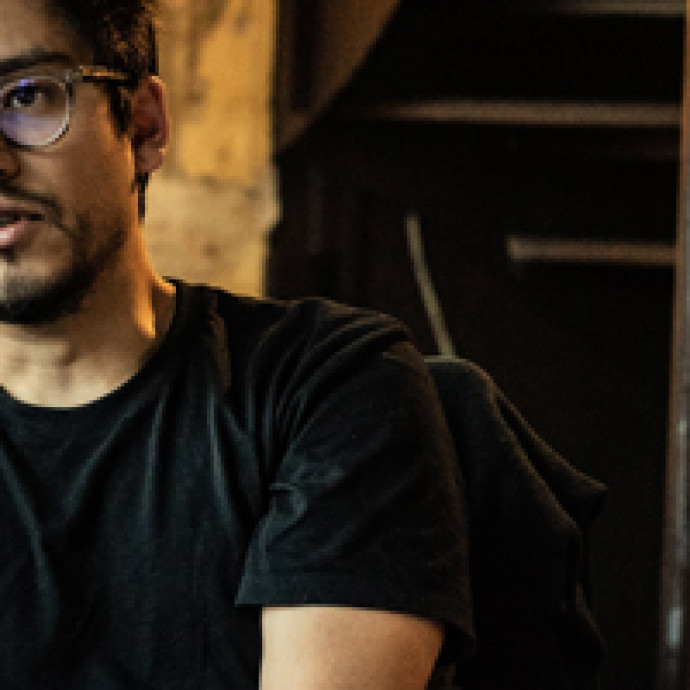 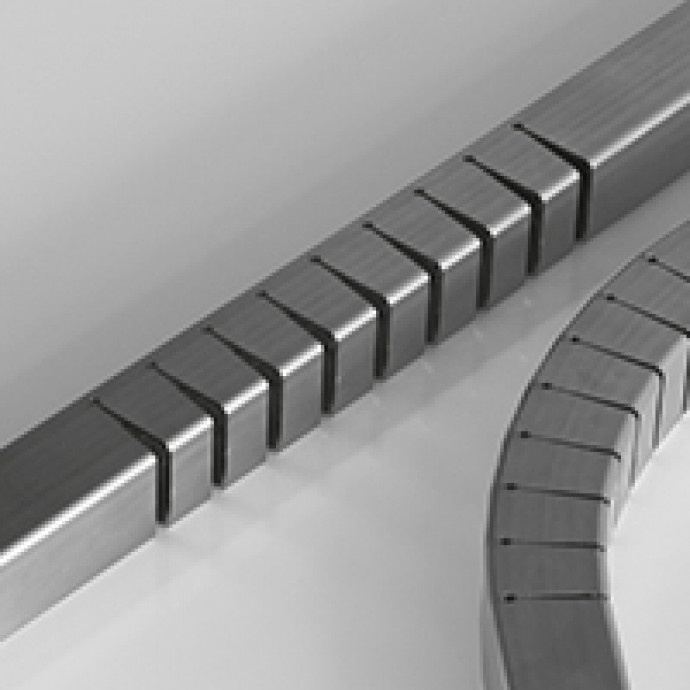 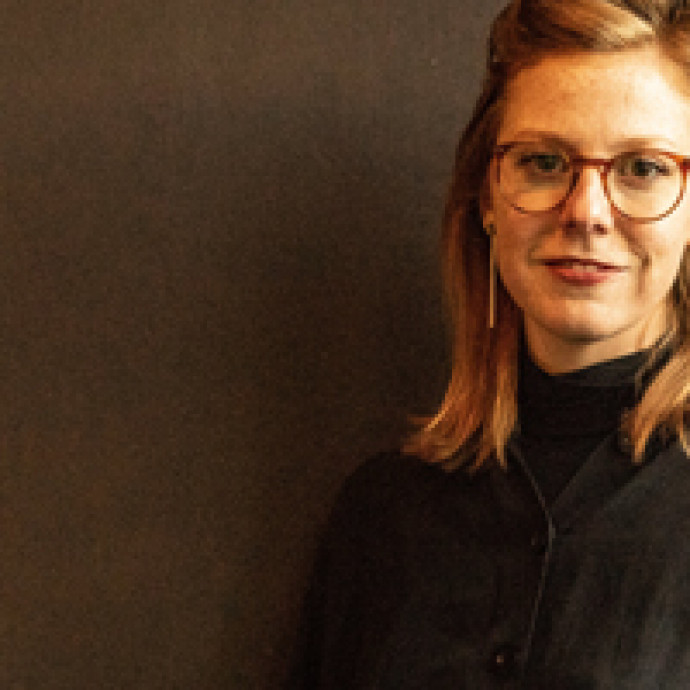 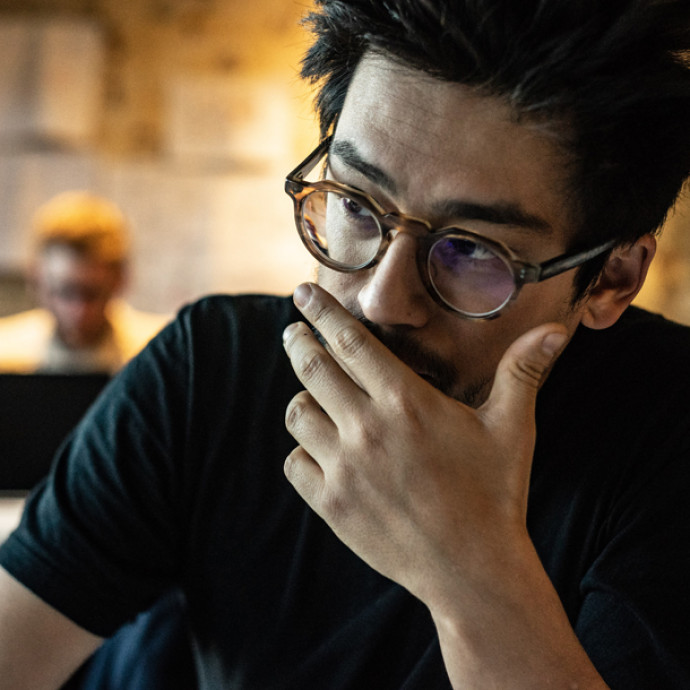 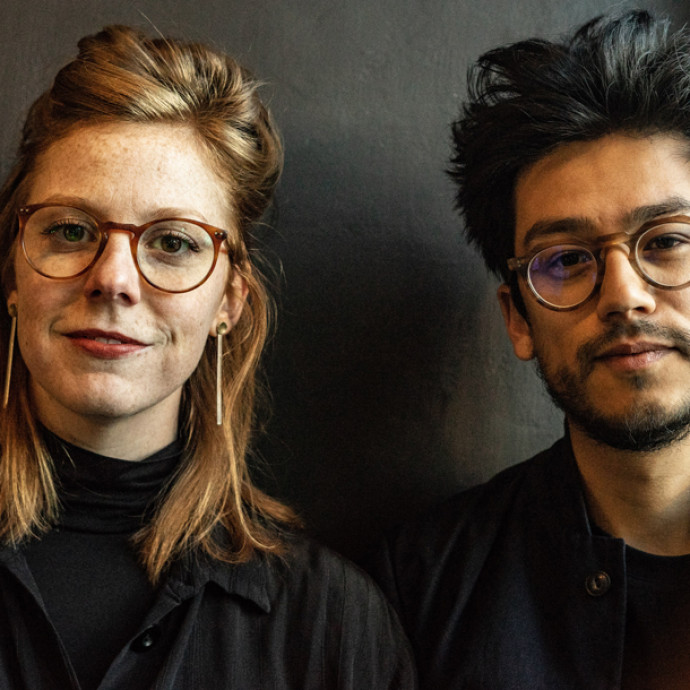 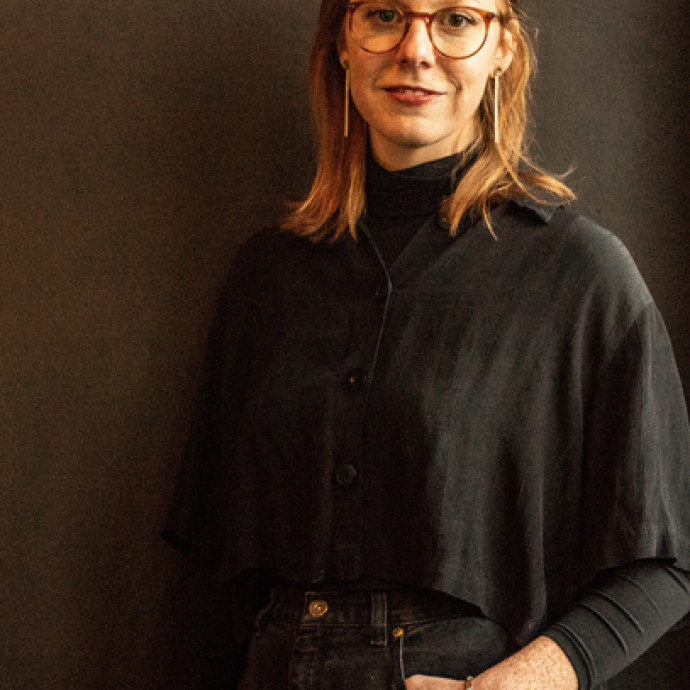 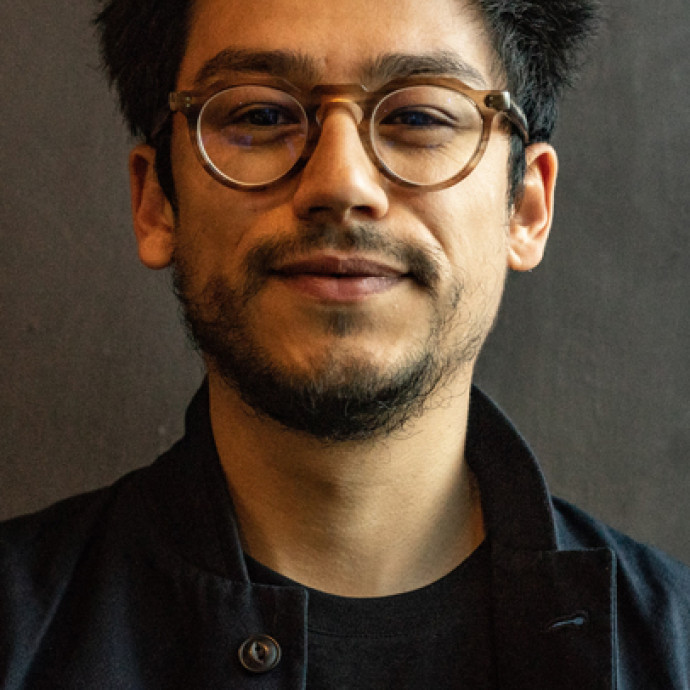 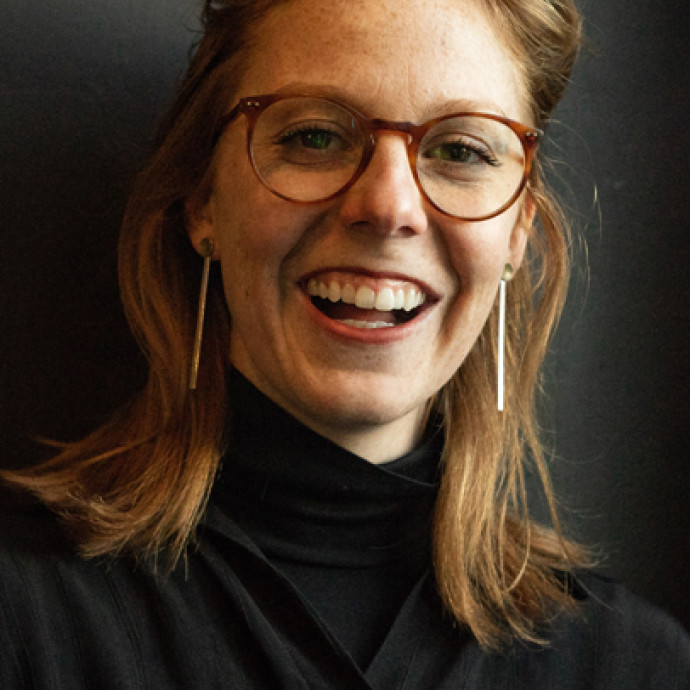 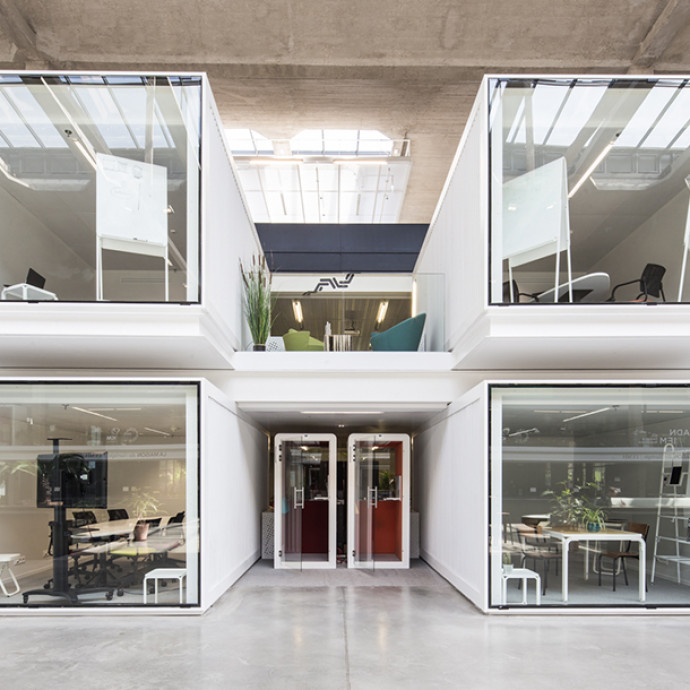 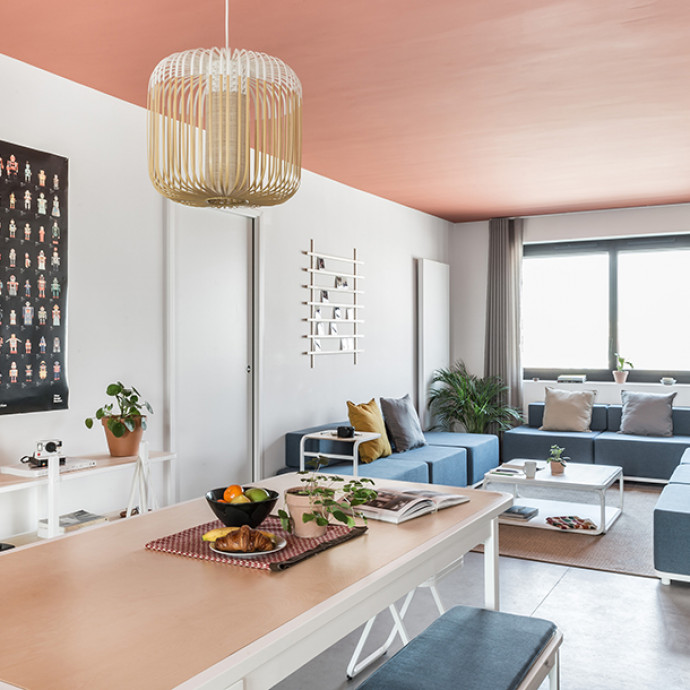 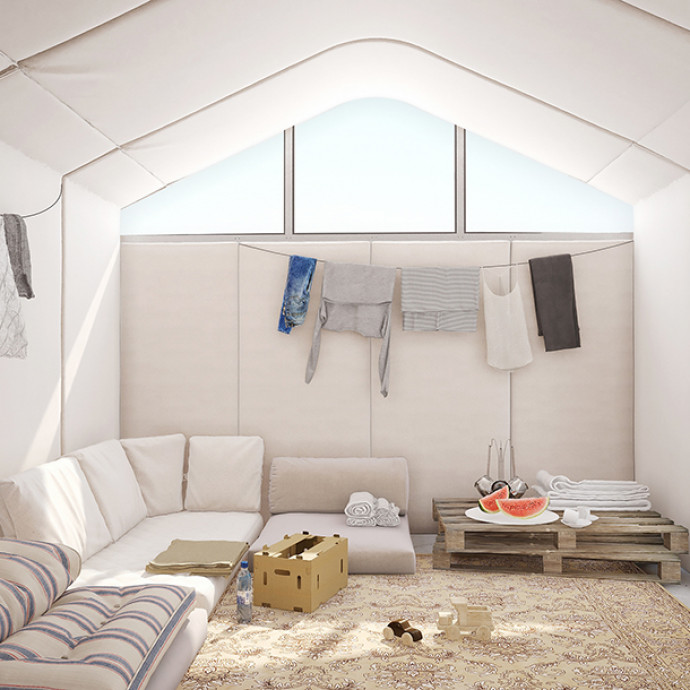