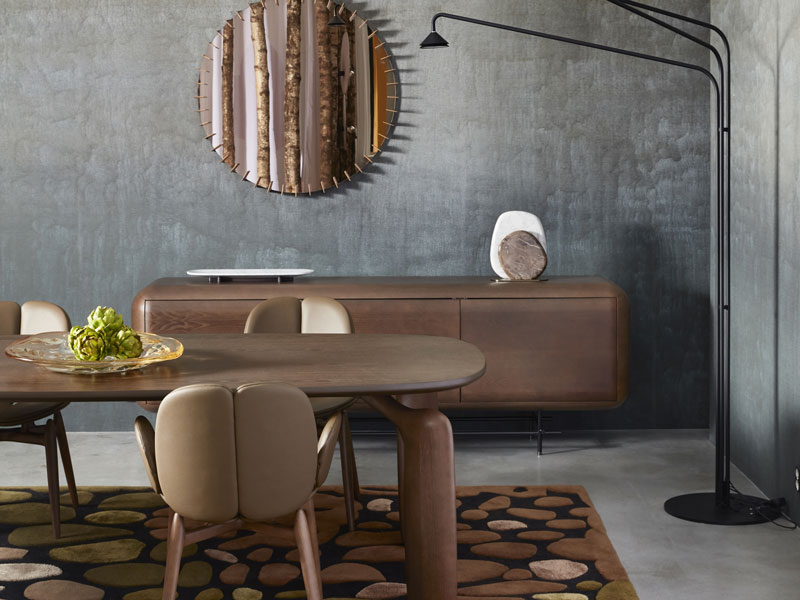 This is the first collaboration between the Catalan designer Eugeni Quitllet and Roche Bobois.

The Pulp collection is a line of tables, chairs and armchairs, with a biomorphic aesthetic from which the right is absent, and decorated with refined finishes.

Inspired by living things, the collection revolves around the principle of dissociating elements (or, as Eugeni says, molecules) in order to highlight them as so many organs that make up a body:

• each table leg, fleshy and plastic, is a material as if animated, which throws a tentacle towards the center of the top and thus creates a space between the two which separates them;

• the board is also drawn as a large, horizontal cell that one would have cut out to show what its heart is made of.

On the material side, Eugeni wanted to tell two versions of the same story. The first is shiny and lacquered; it fully tells the story of the plasticity of forms in movement; in smooth white, Jaipur burgundy or chocolate, we have the choice of the metaphor!

In all cases, the uppers are in Fenix® which guarantees a foolproof use. The second is of ash wood: solid for the feet, a flamed veneer for the top. It tells the story of time which polished and rounded corners. Side chairs, the suggestion is still that of cell division: seat and back seem to divide and dissociate ... always the idea of ​​movement. And here again their tapered base with Scandinavian references is independent of the seat. Finally, the relax armchair uses the same codes, worked differently: the seat is unified, but the headrest cheerfully affirms its twinness.

Born in Ibiza in 1972, Eugeni Quitllet, Catalan designer graduated from the Barcelona art school "La Llotja" particularly likes to play with full and empty, an almost signature to which is often added a touch of humor. Fascinated by the work of Philippe Starck, at the height of his 26 years, he finds it on a beach on his island and presents his drawings to him. The result was a ten-year collaboration with his mentor and around fifty co-signed pieces. Since then, in his own agency in Barcelona, ​​tables, chairs, vases, cutlery and more, follow one another for the biggest houses. Maison & Objet designer of the year in 2016, he is now known and recognized by his peers. 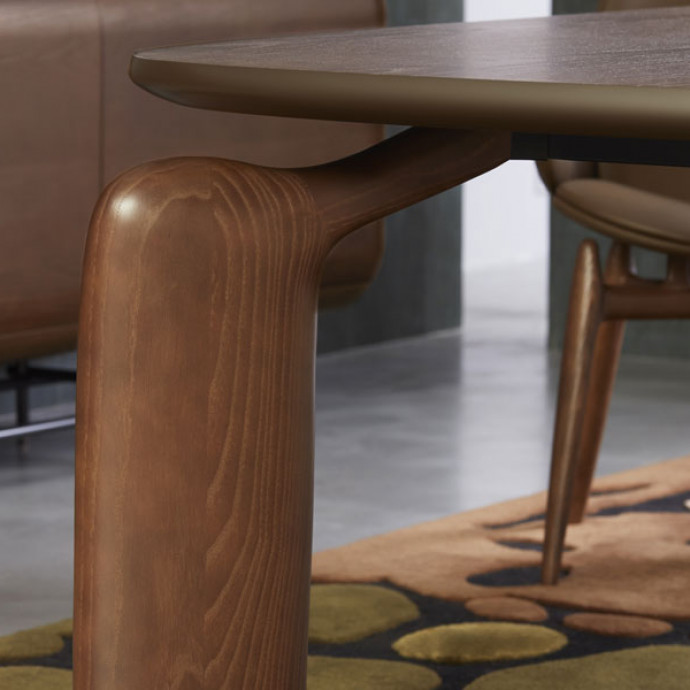 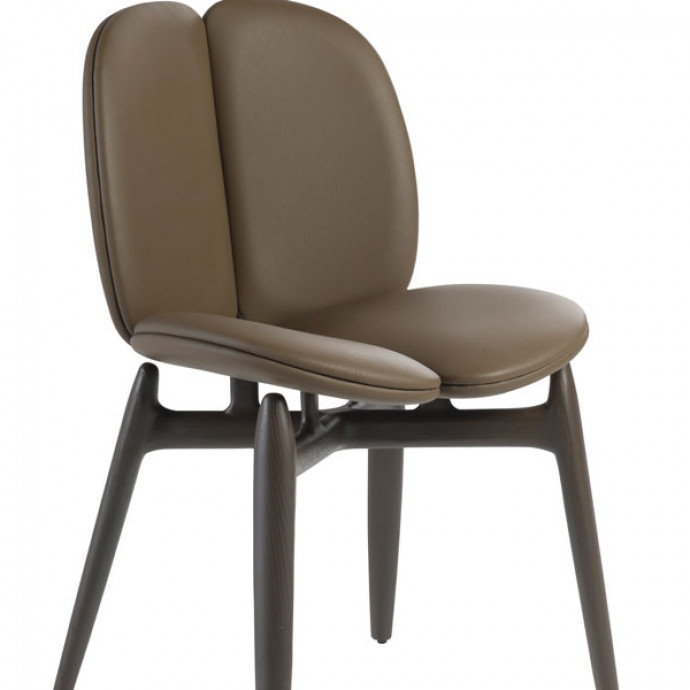 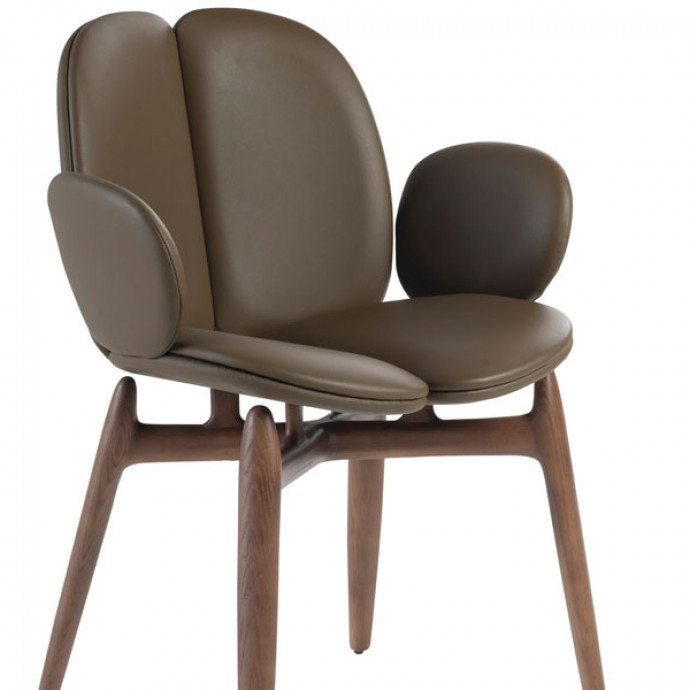