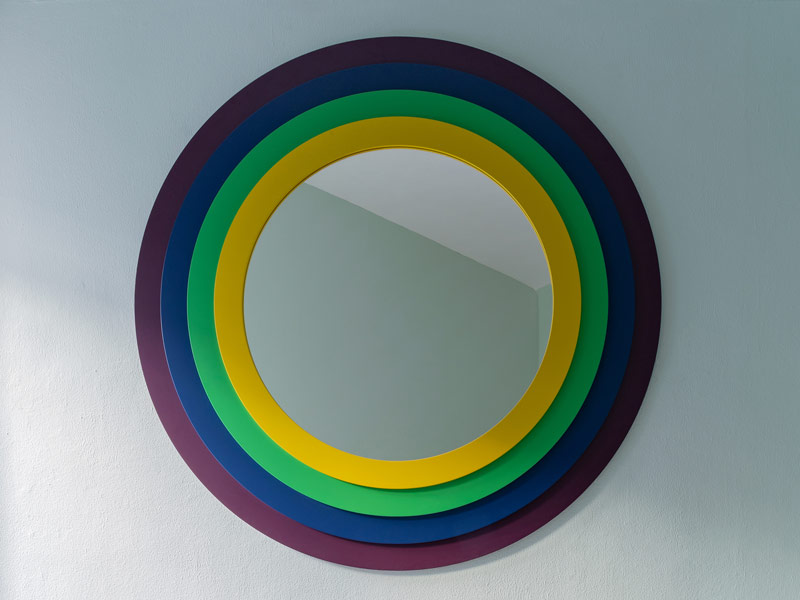 From June 6 to 12, during the next edition of Milano Design Week, the Luca Preti Design Storico Gallery, at Via San Marco 24 in Milan, presents the limited edition reissue of Ico Parisi's iconic wall mirror.

The most obvious characteristics of the mirror are its large dimensions and its circular shape defined by a frame of overlapping bands in intense and vivid shades of yellow, green, blue and purple. Thanks to its shape, the object goes beyond its main function and turns into a work of art, becoming the protagonist of the space and the main interlocutor.

The project was born from the desire and the pleasure of offering the public a limited edition mirror designed by the architect Ico Parisi. Created in the 1970s, it remained unknown because it was not intended for production. Thus, the gallery owner Luca Preti decided, thanks also to the support of the Ico Parisi Design Archive, to produce it in a limited series, keeping its original colors and dimensions. The project aims to introduce the public to an element of historic Italian design that otherwise could never have been realized…

The reflective surface, surrounded by the bright colors of the frame, contributes to a hypnotic perception of the environment, which is amplified by the effect of light.

The edition produced by Luca Preti includes only 19 copies, of which fifteen are in Arabic numerals and four in Roman numerals, all hot-stamped and certified by Roberta Lietti, head of the Ico Parisi Design Archive. 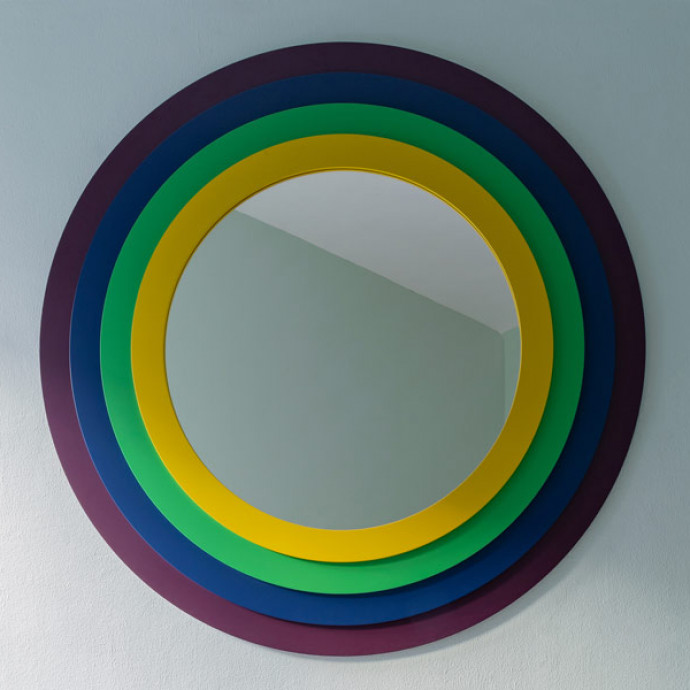 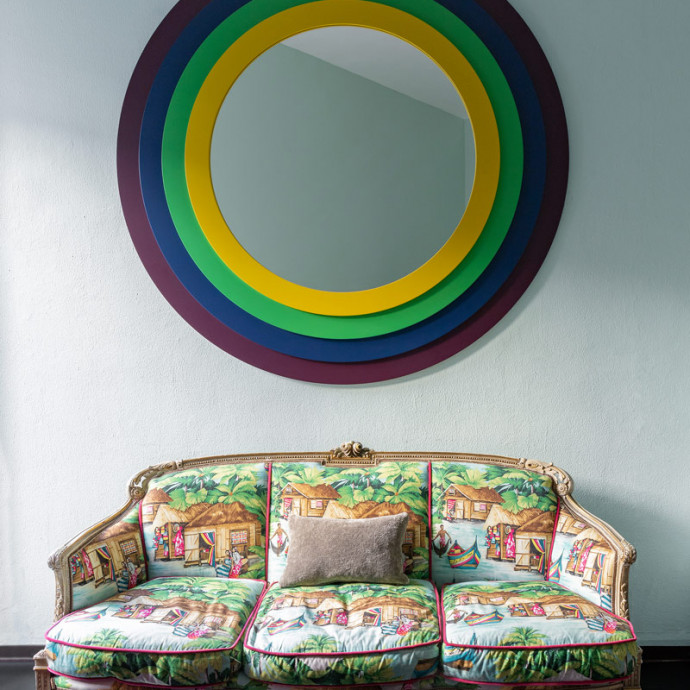